This guide will describe the steps required to enable split tunneling with WireGuard using Firezone so only traffic to defined IP ranges will be routed through the VPN server.

The Allowed IPs field found on the /settings/default page determines the IP ranges for which the client will route network traffic. Modifications to this field will apply only to new WireGuard tunnel configurations generated by Firezone. 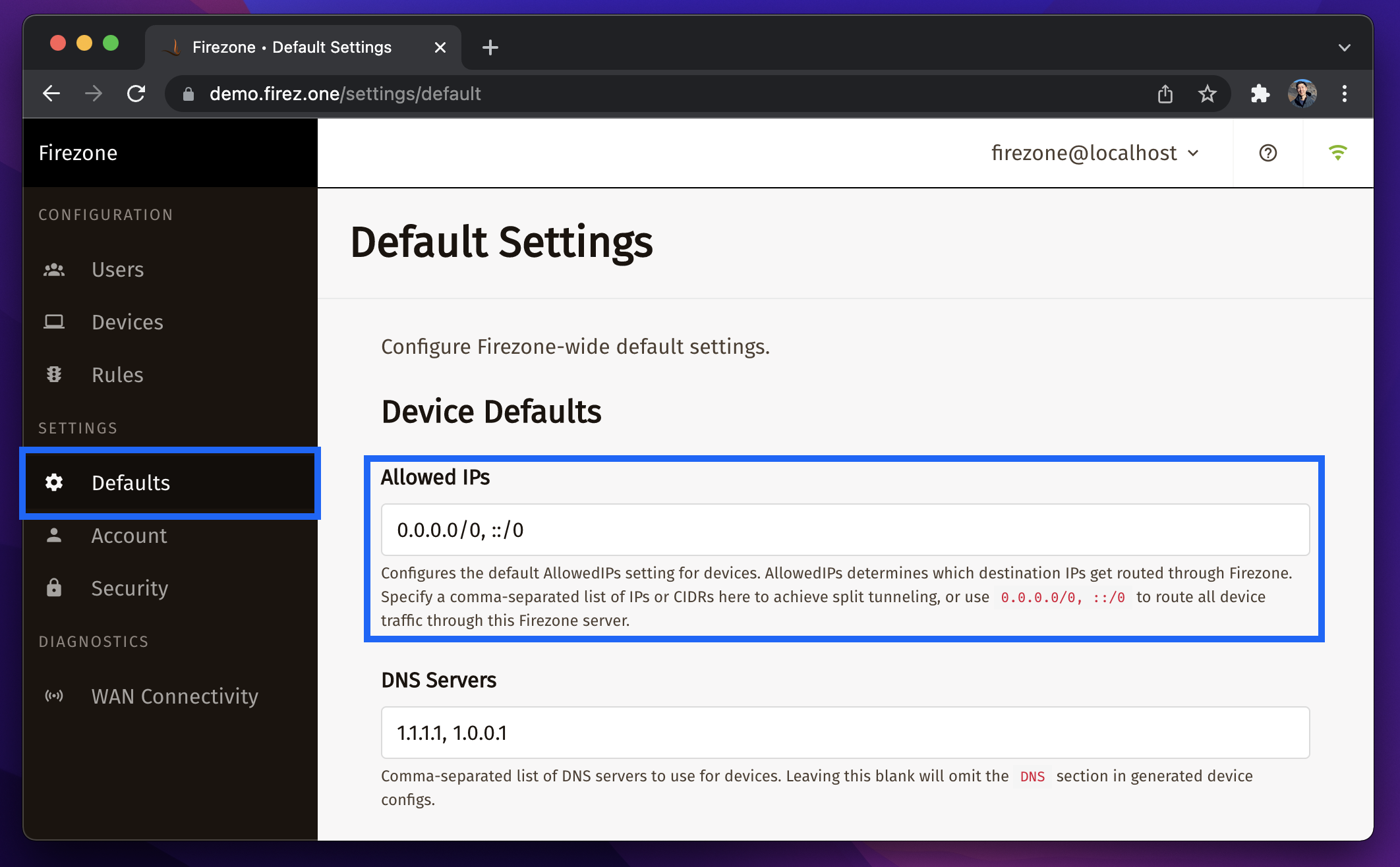 Some examples of values in this field are:

Note: When deciding where to route a packet, Firezone chooses the egress interface corresponding to the most specific route first.

To update existing user devices with the new split tunnel configuration, users will need to regenerate the configuration files and add them to their native WireGuard client.